Media Education has a wealth of experience in delivering projects with carer groups. Since the first Scottish Young Carers Festival, over eight years ago, we have delivered a media engagement, training and consultation programme each year as an integral part of the festival.

Organised by Carers Trust in Scotland, the Festival, which is funded by the Scottish Government, takes place in August and is held at the Broomlee Outdoor Centre in West Linton.

The festival provides some much needed respite for nearly 700 young carers across Scotland and also gives attendees a direct platform in influencing vital services, through question and answer sessions with MSPs, councillors and health, education and council officials.

In 2015, Media Education’s work at the Scottish Young Carers Festival was the subject of an academic evaluation undertaken by Professor Karen McKardle, Professor of Education (Emeritus) at Aberdeen University. The evaluation offers an insight into our working process and can be viewed here.

Media Education works with the Festival Media Team, a group of 10 – 12 young carers from across Scotland, to run SYCFM, the Festival’s live radio station.

Over the course of a three day residential, participants are taught how to use a radio mixing desk and field recorders, as well as presentation skills for their upcoming role as radio presenters at the festival. 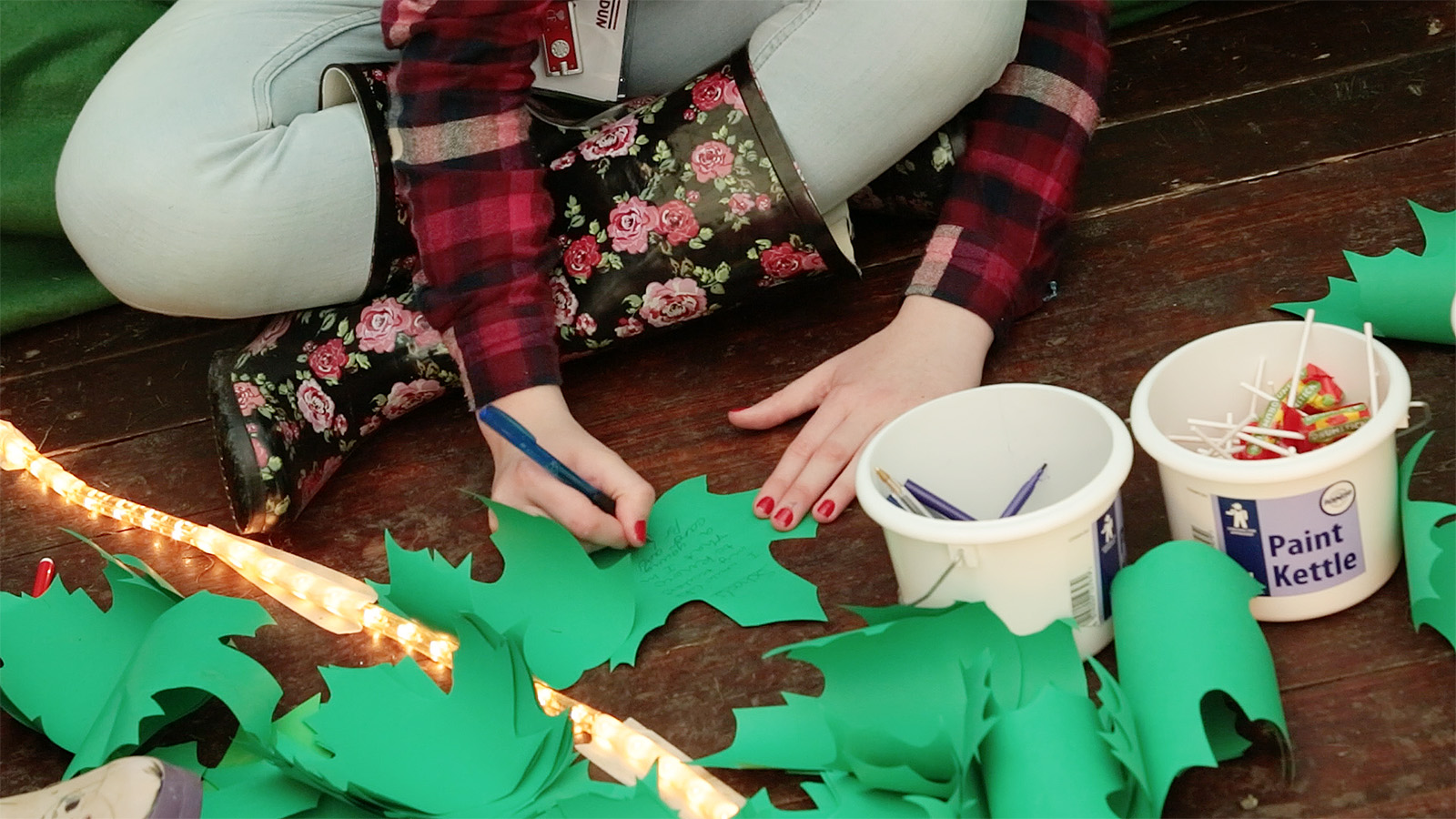 As part of Media Education’s role at the festival, we also run the Share Your Thoughts and Video Consultation tents where we help festival attendees to gather and articulate their thoughts on issues relating to being a young carer.

They are then given the opportunity to record their thoughts on camera, for a DVD that is distributed to decision makers across Scotland.

Florence Burke, Carers Trust’s Director for Scotland, had this to say about our role in the festival:

“The work Media Education does with the Scottish Young Carers Festival helps us engage with young carers through different types of media. It gives young carers a central role in the running of the Festival and supports them in giving feedback to decision makers and influencers.

“Giving the young people responsibility for, and ownership of, the Festival radio station provides them with training in new skills and enables them to have hands-on experience. We know they really enjoy it and it’s encouraged several of them in their career ambitions, as well as building key life skills like confidence”